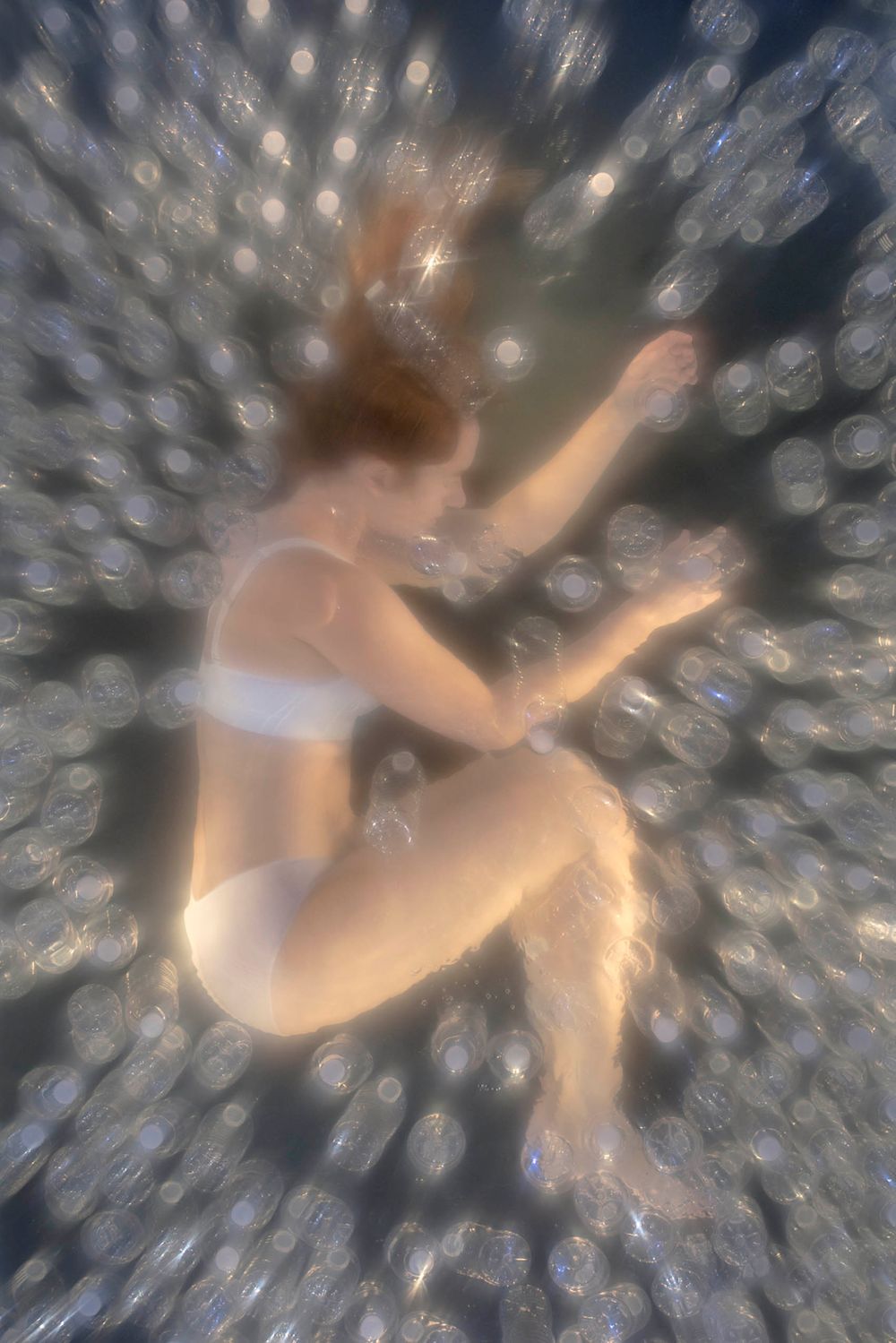 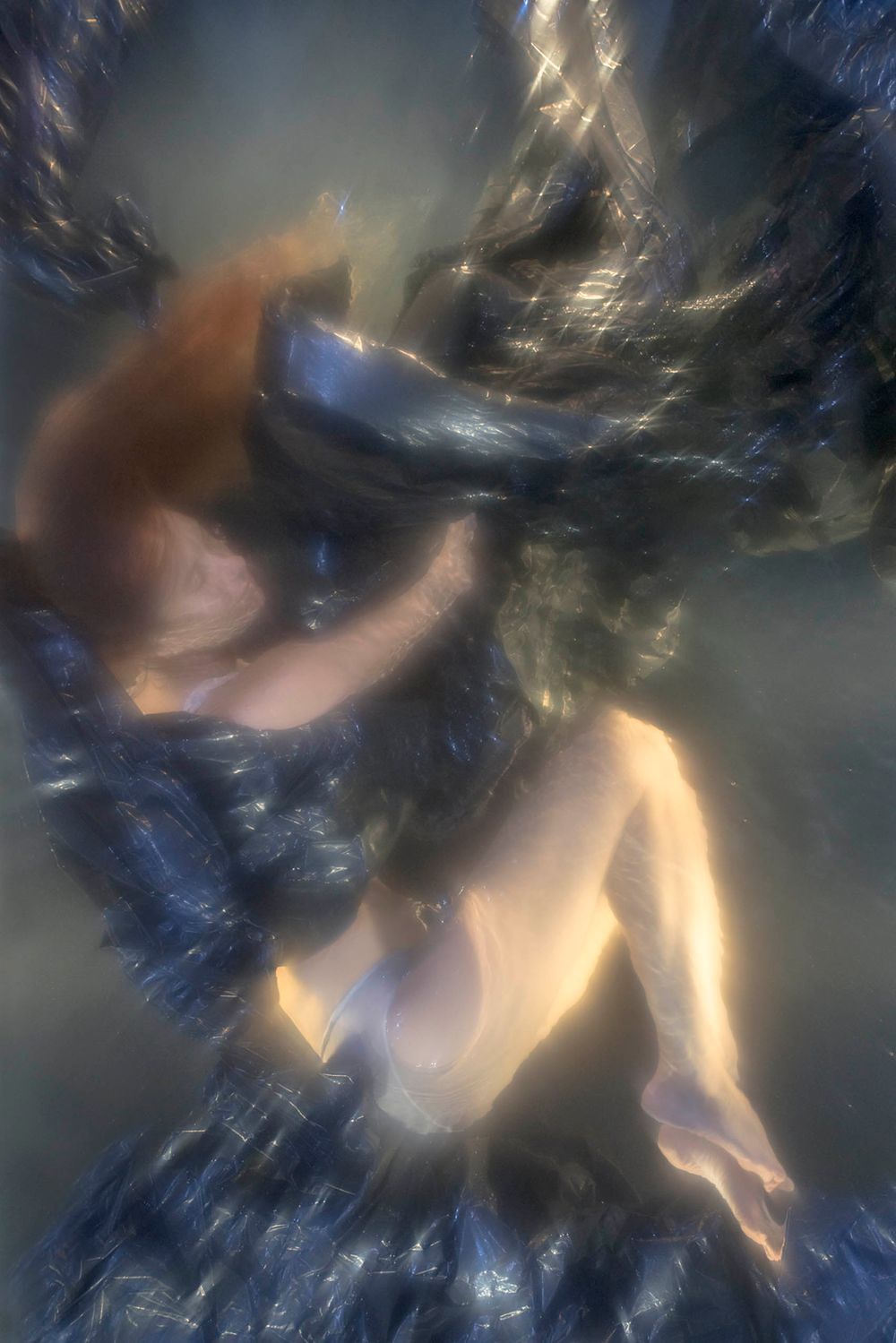 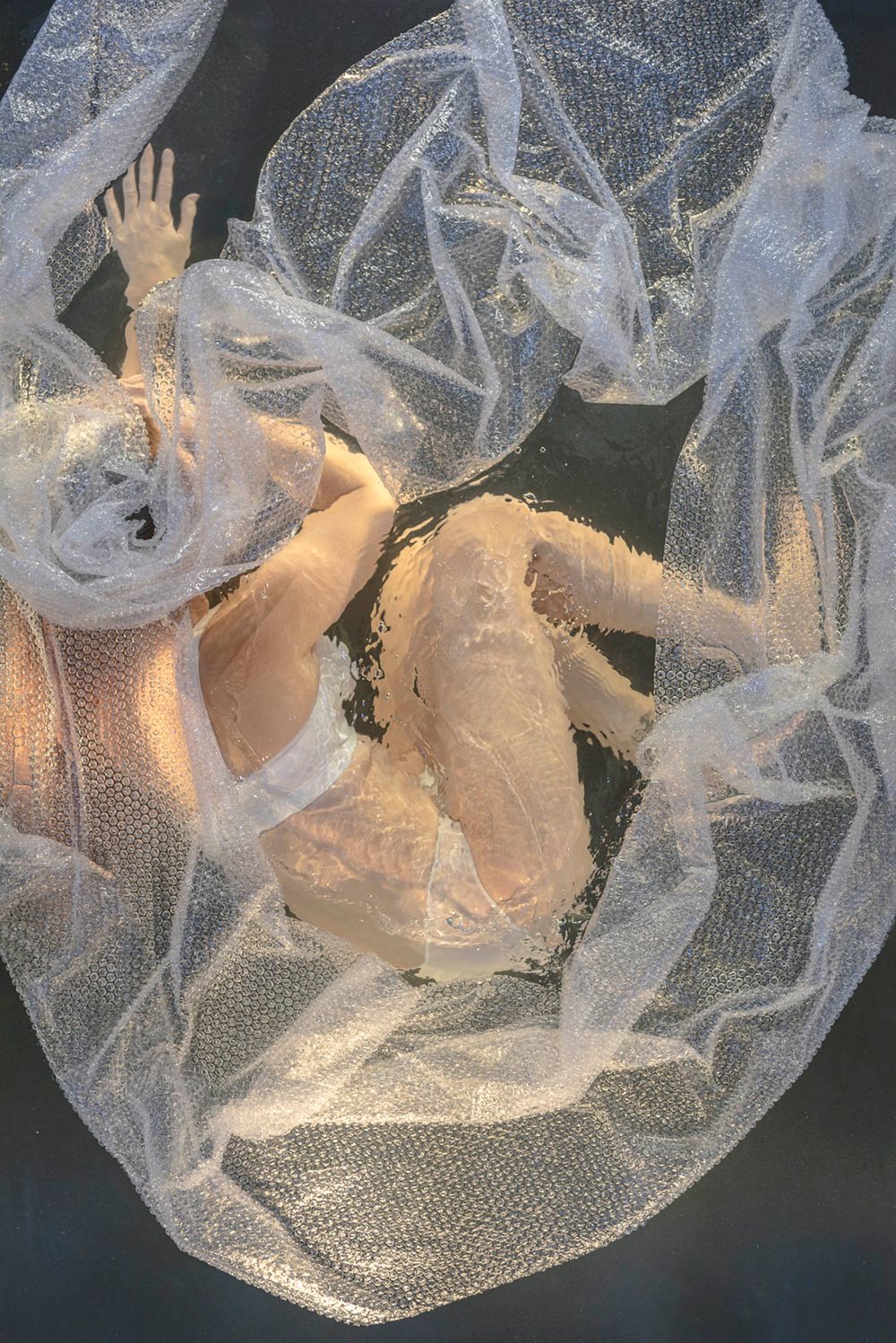 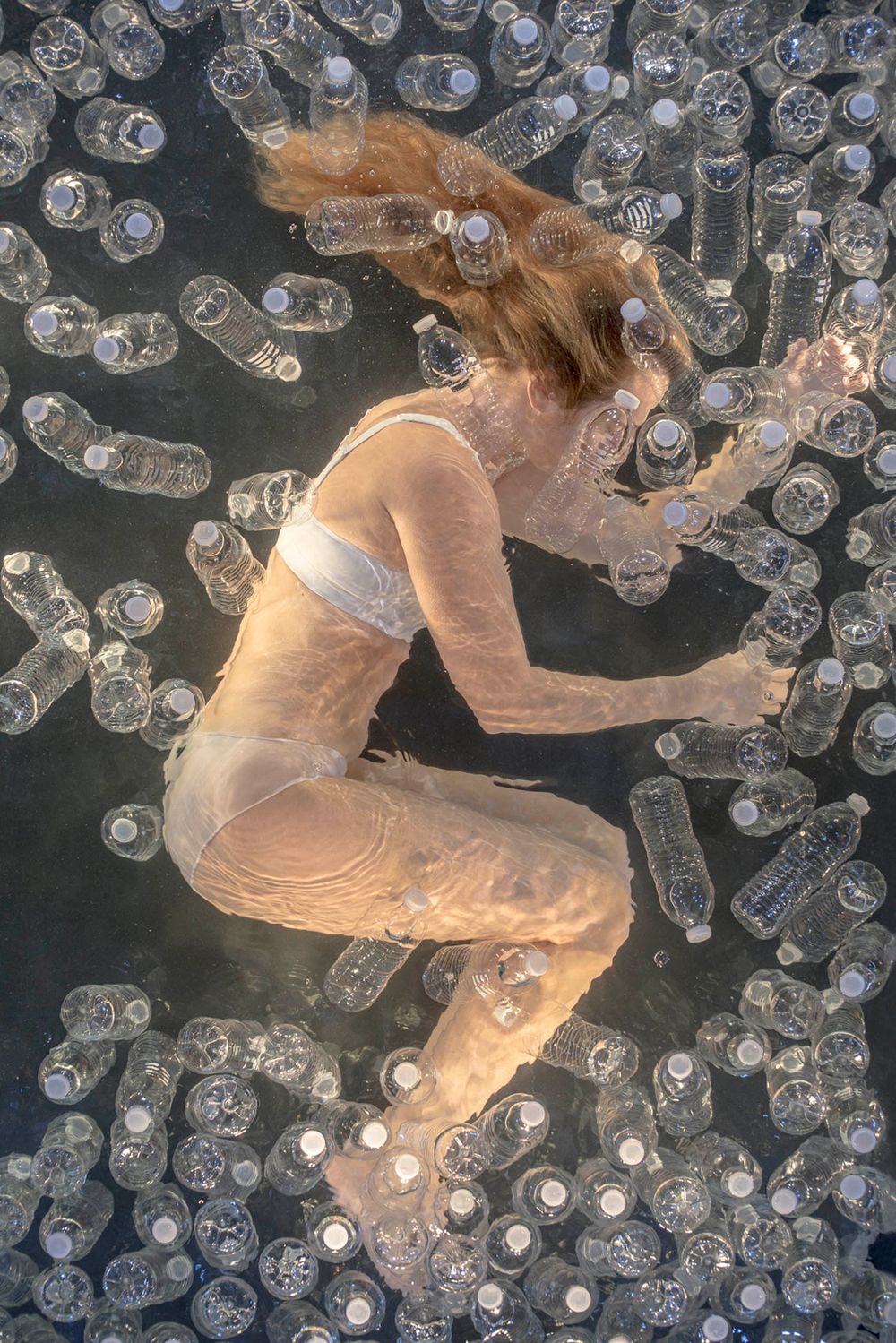 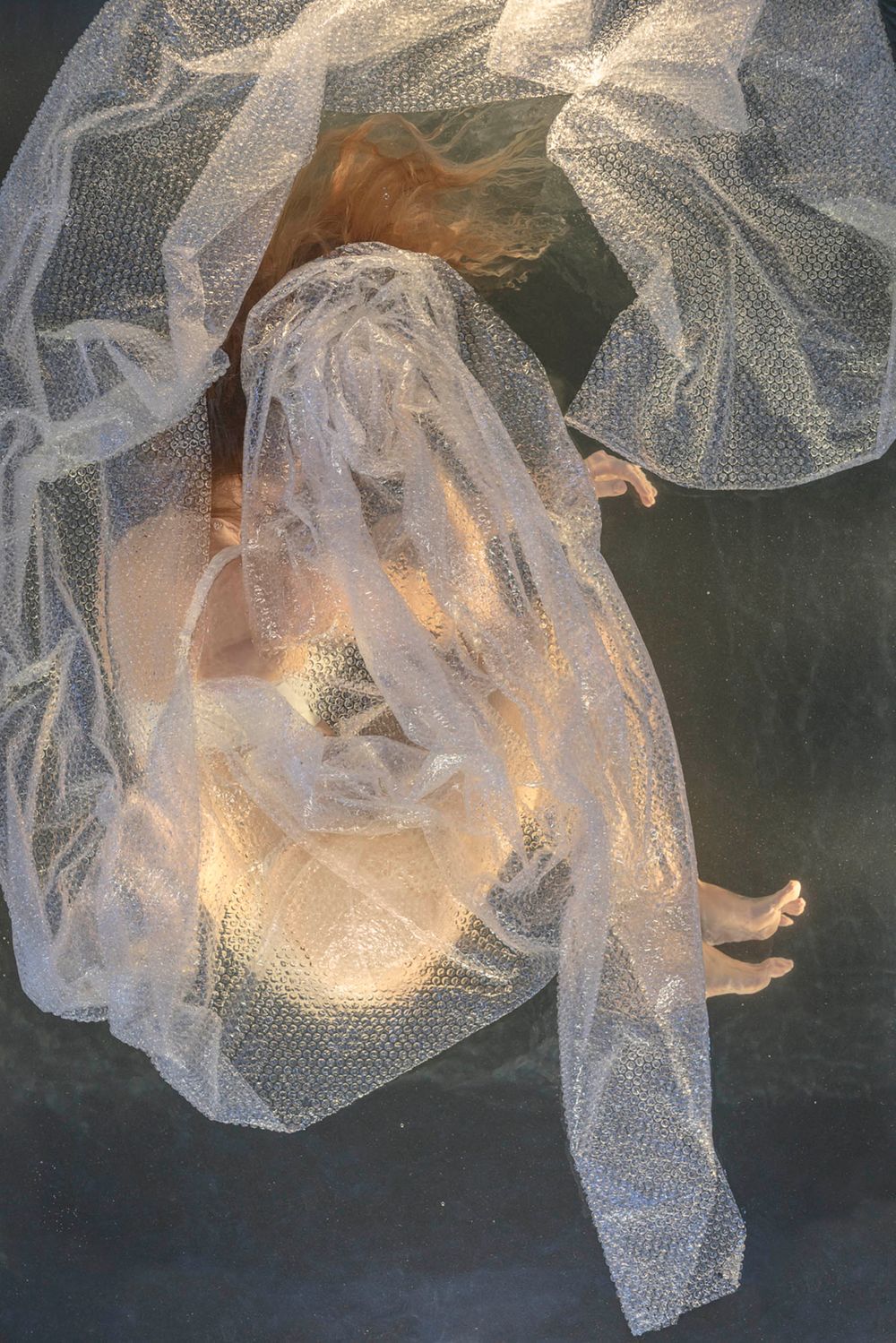 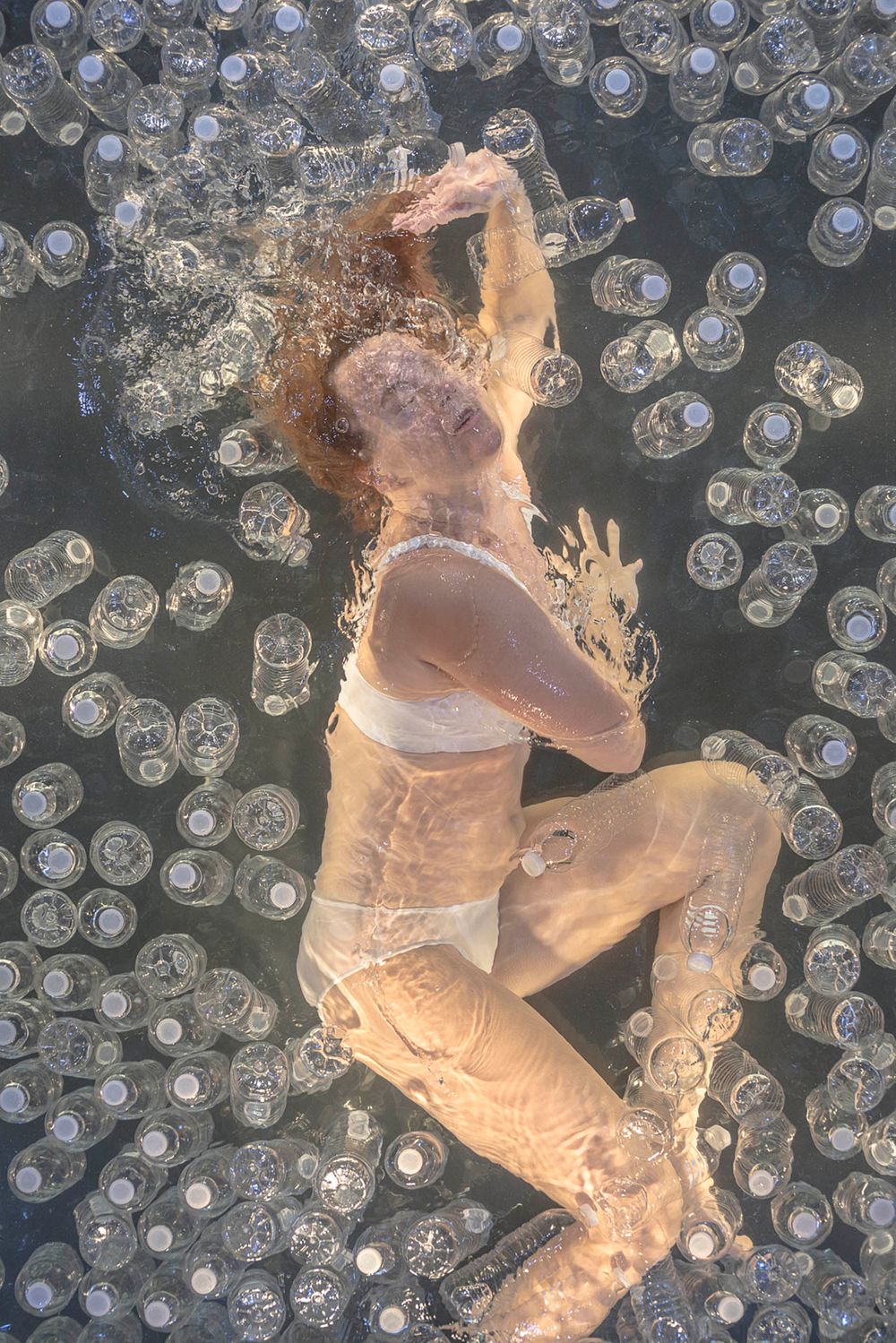 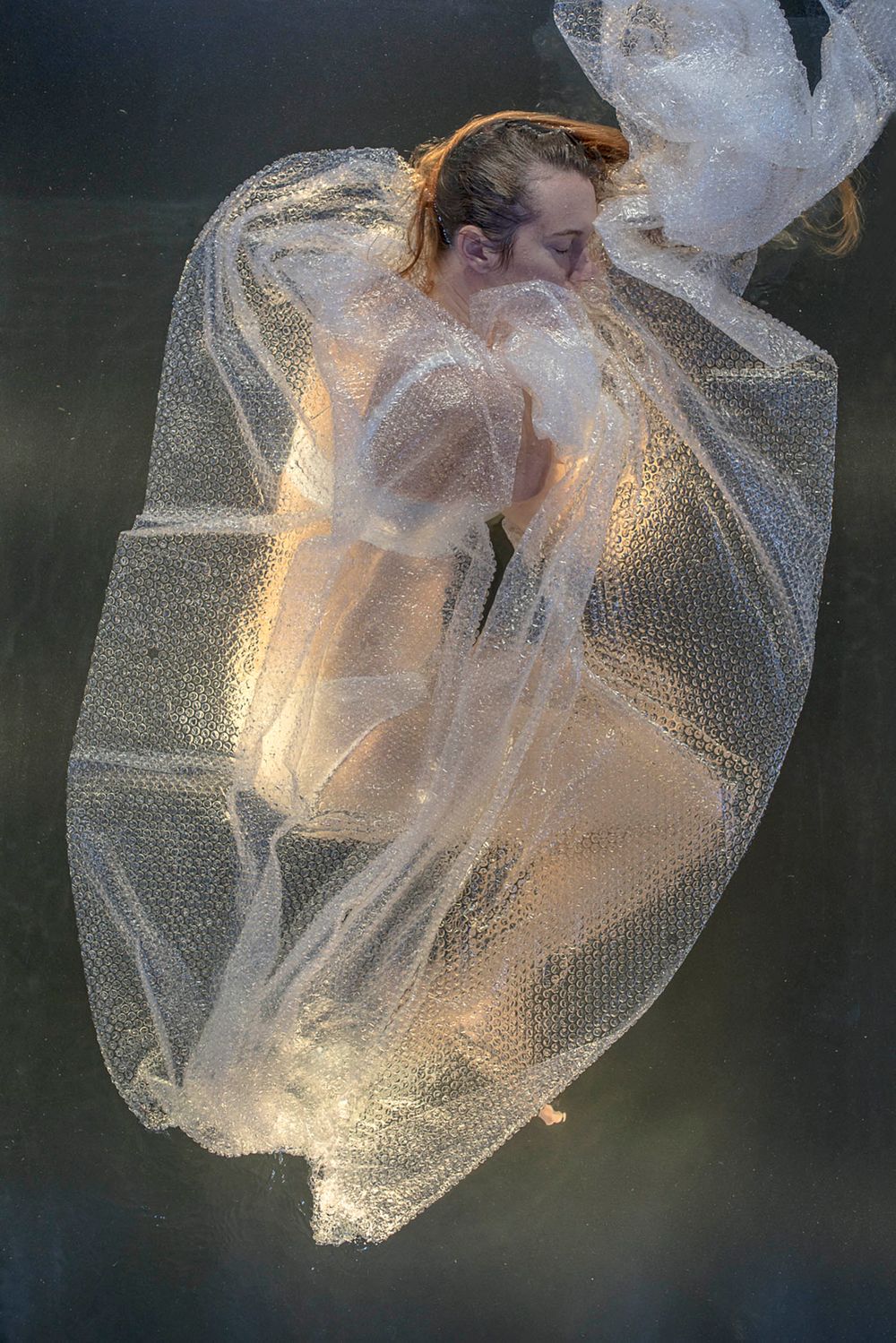 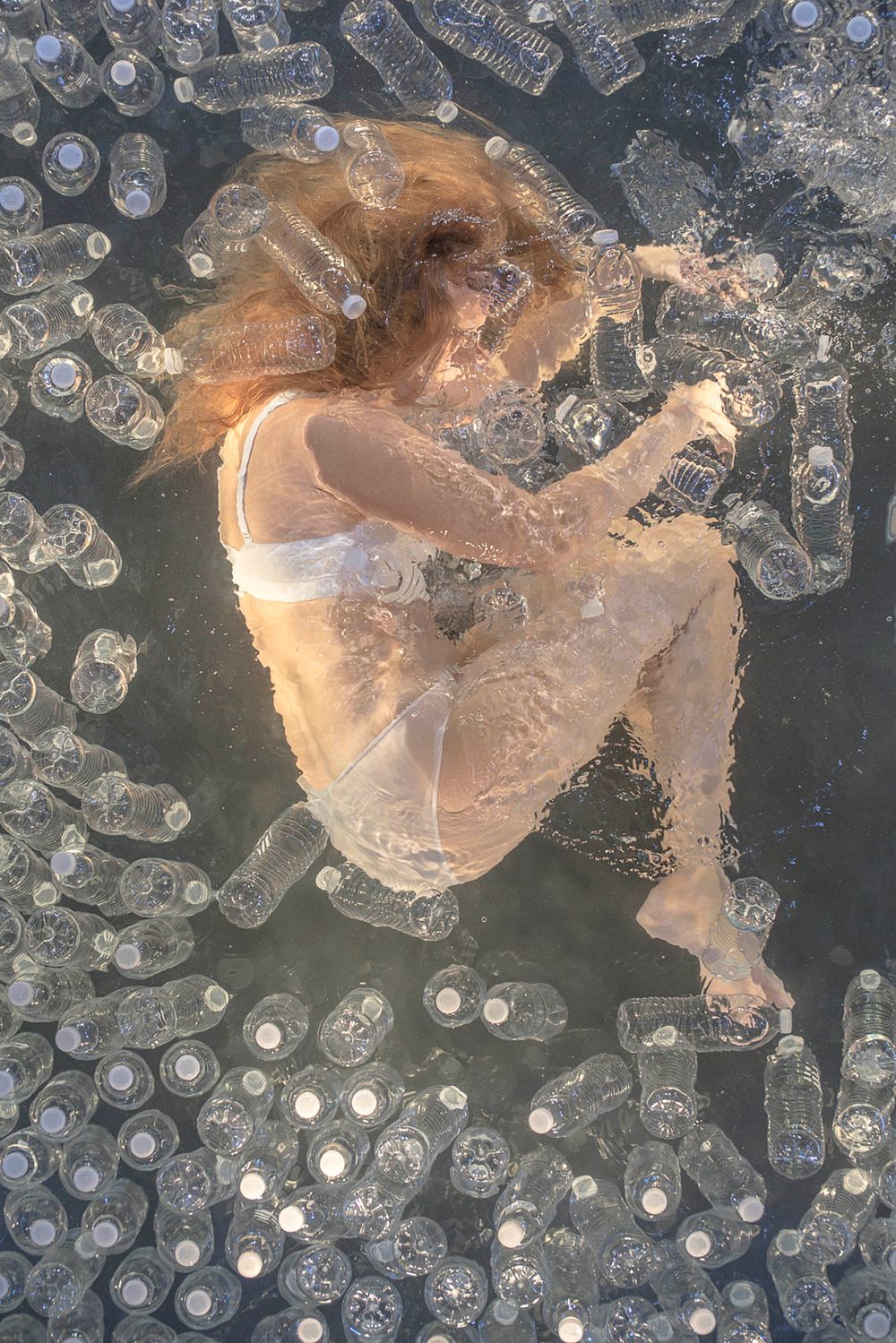 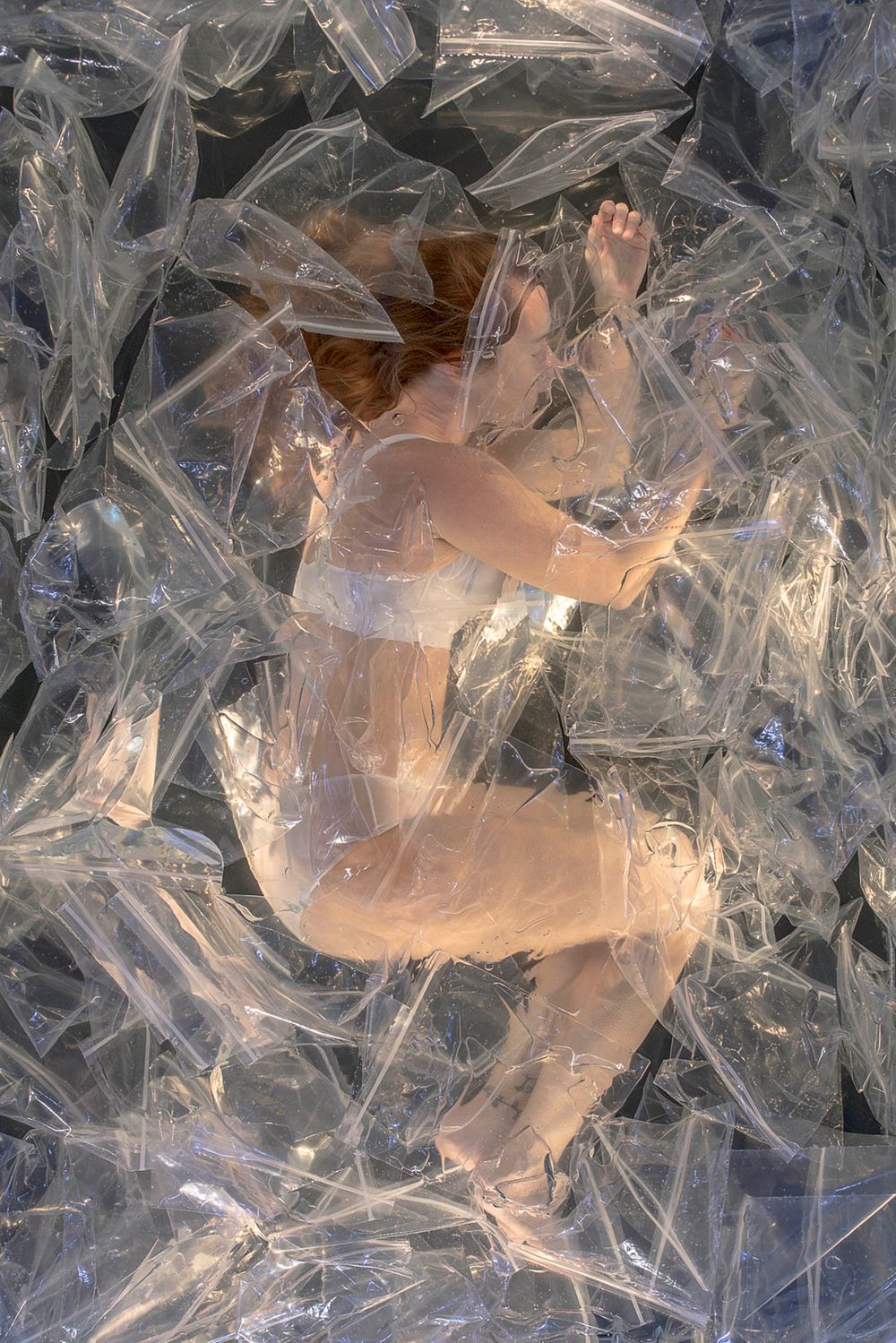 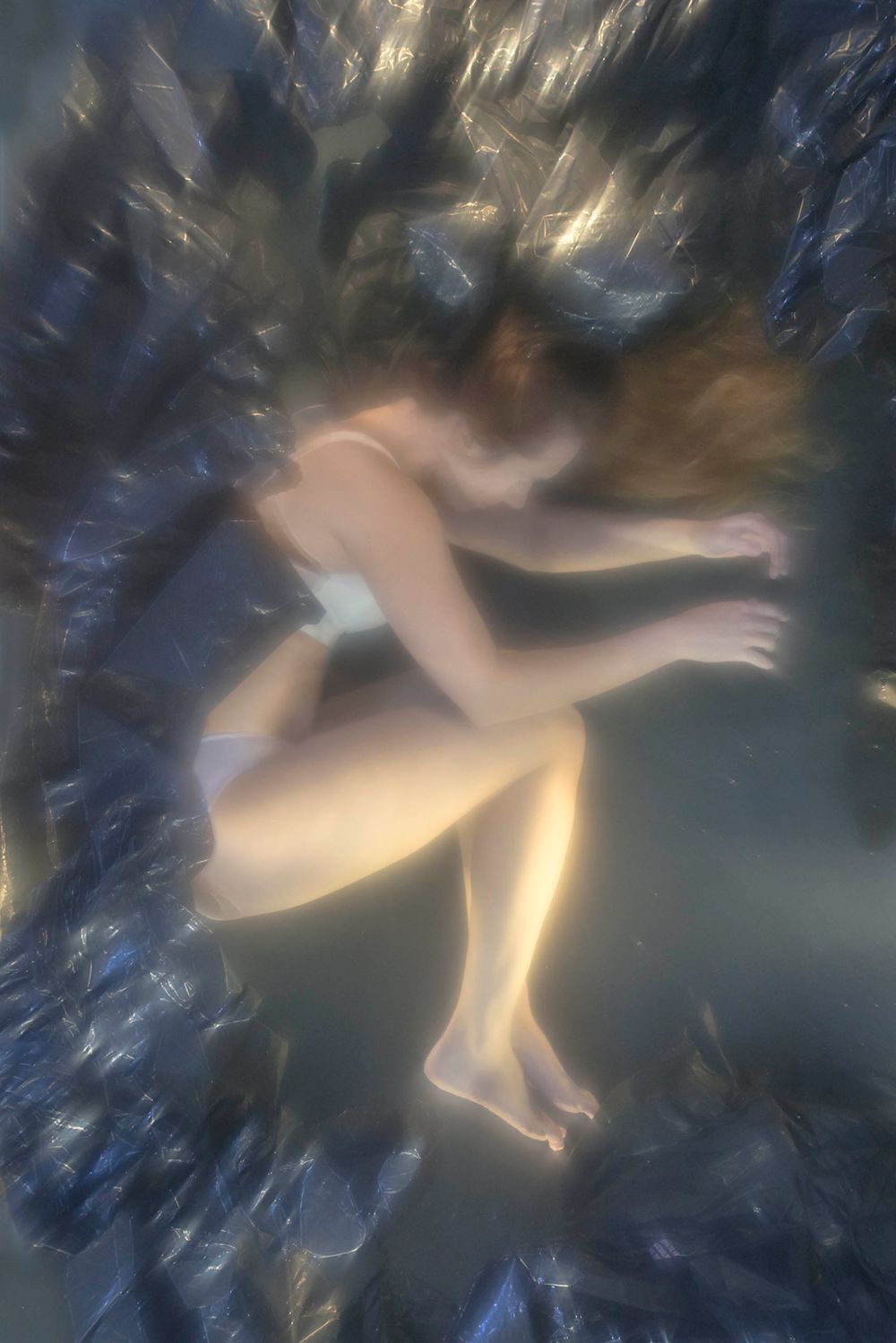 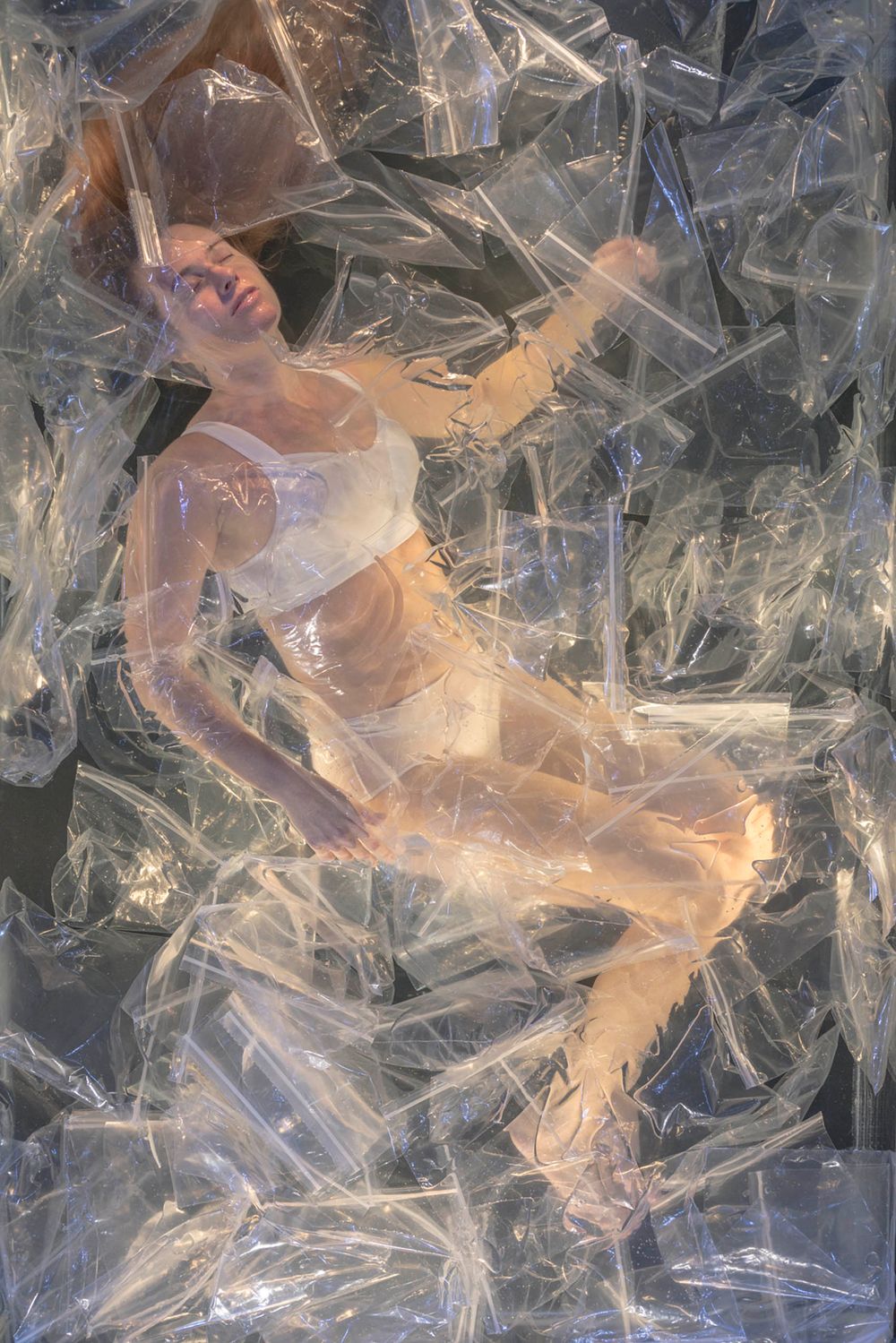 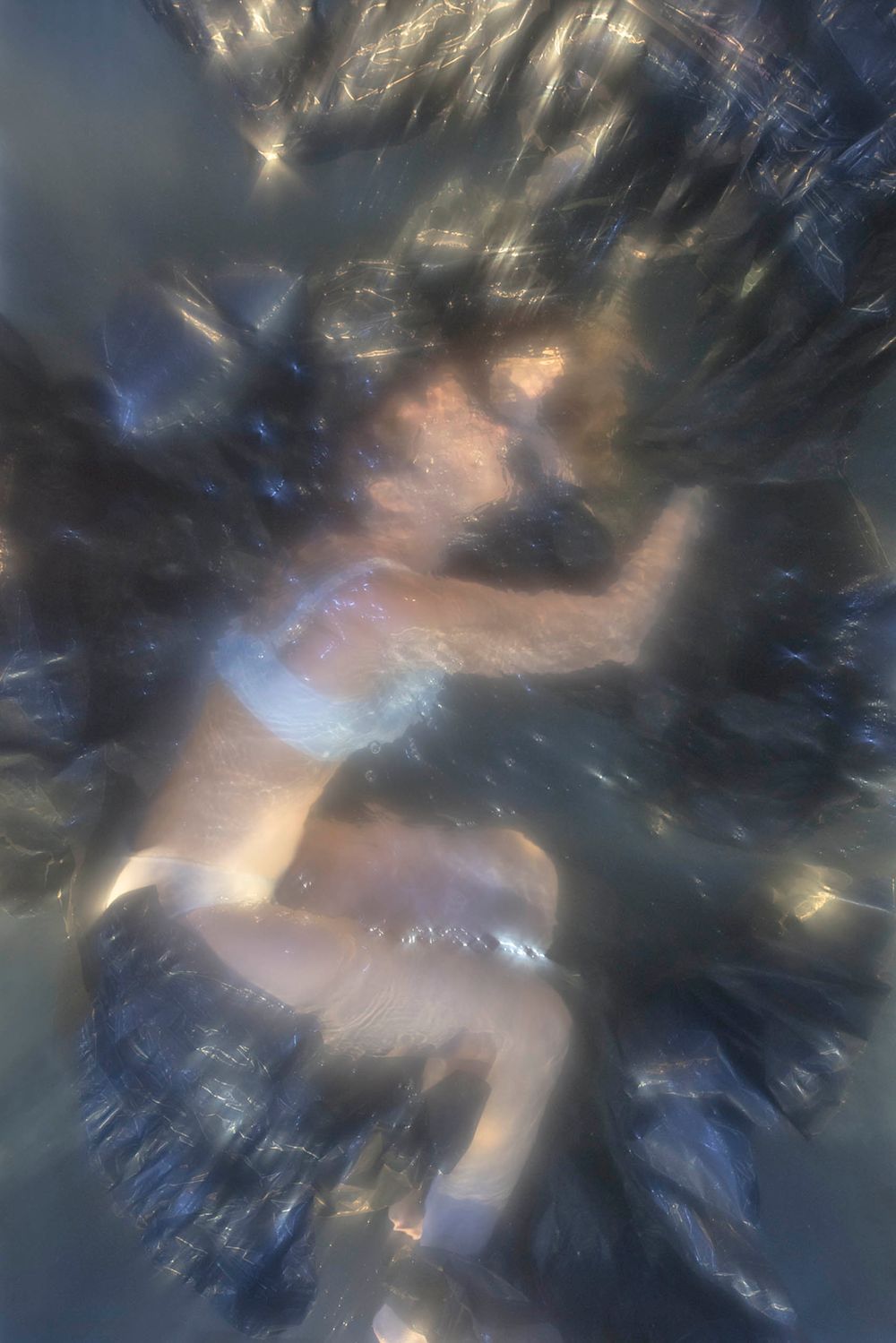 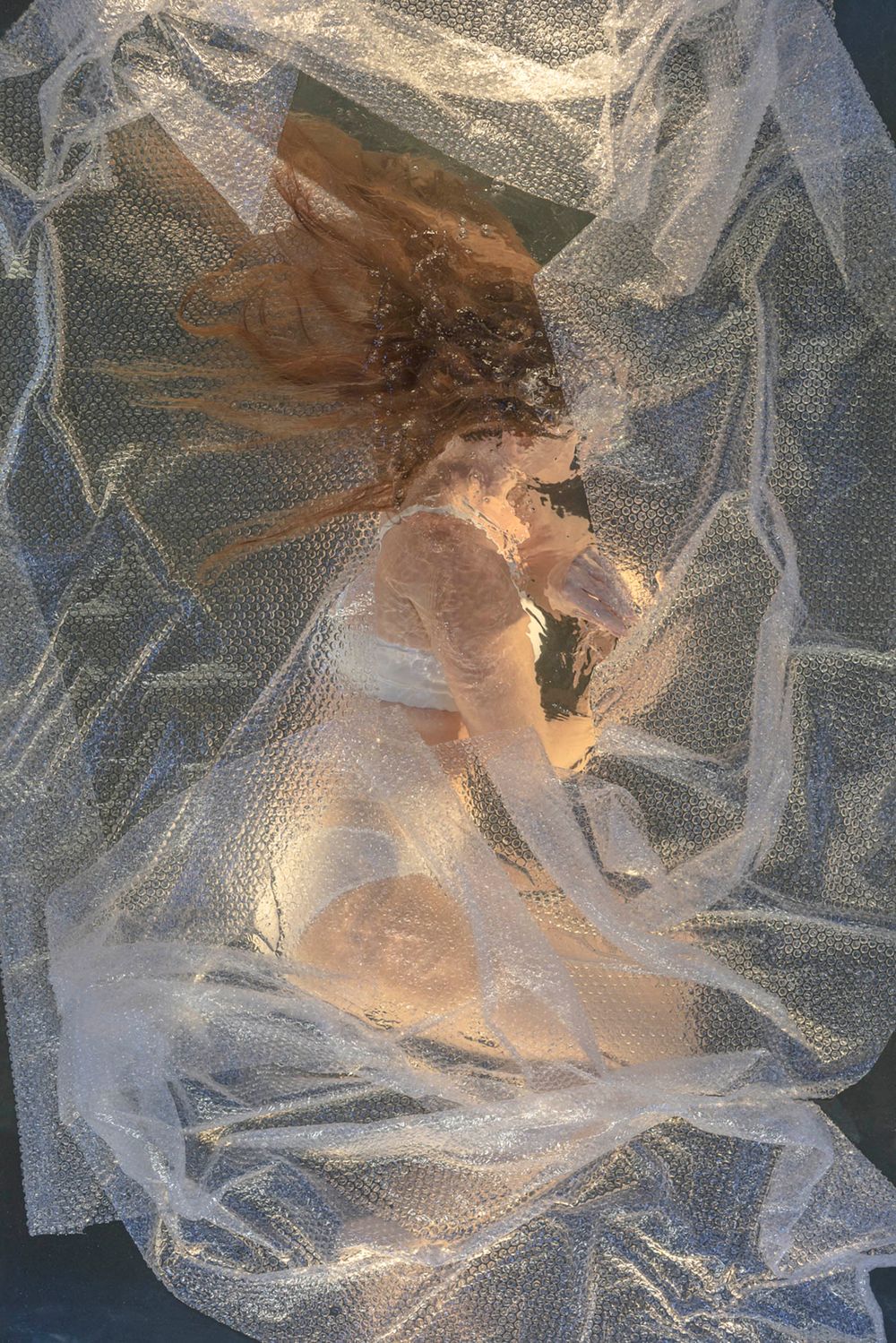 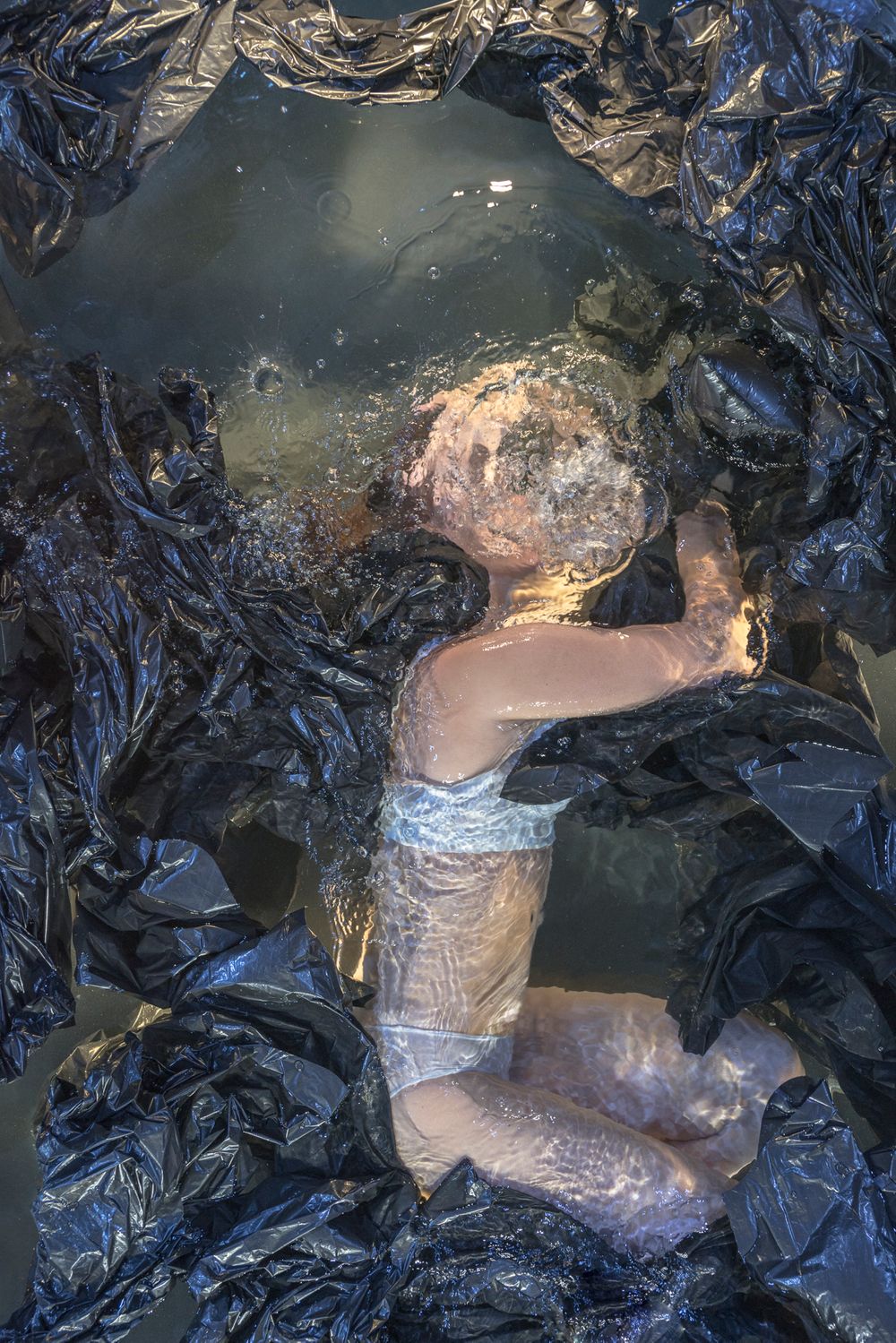 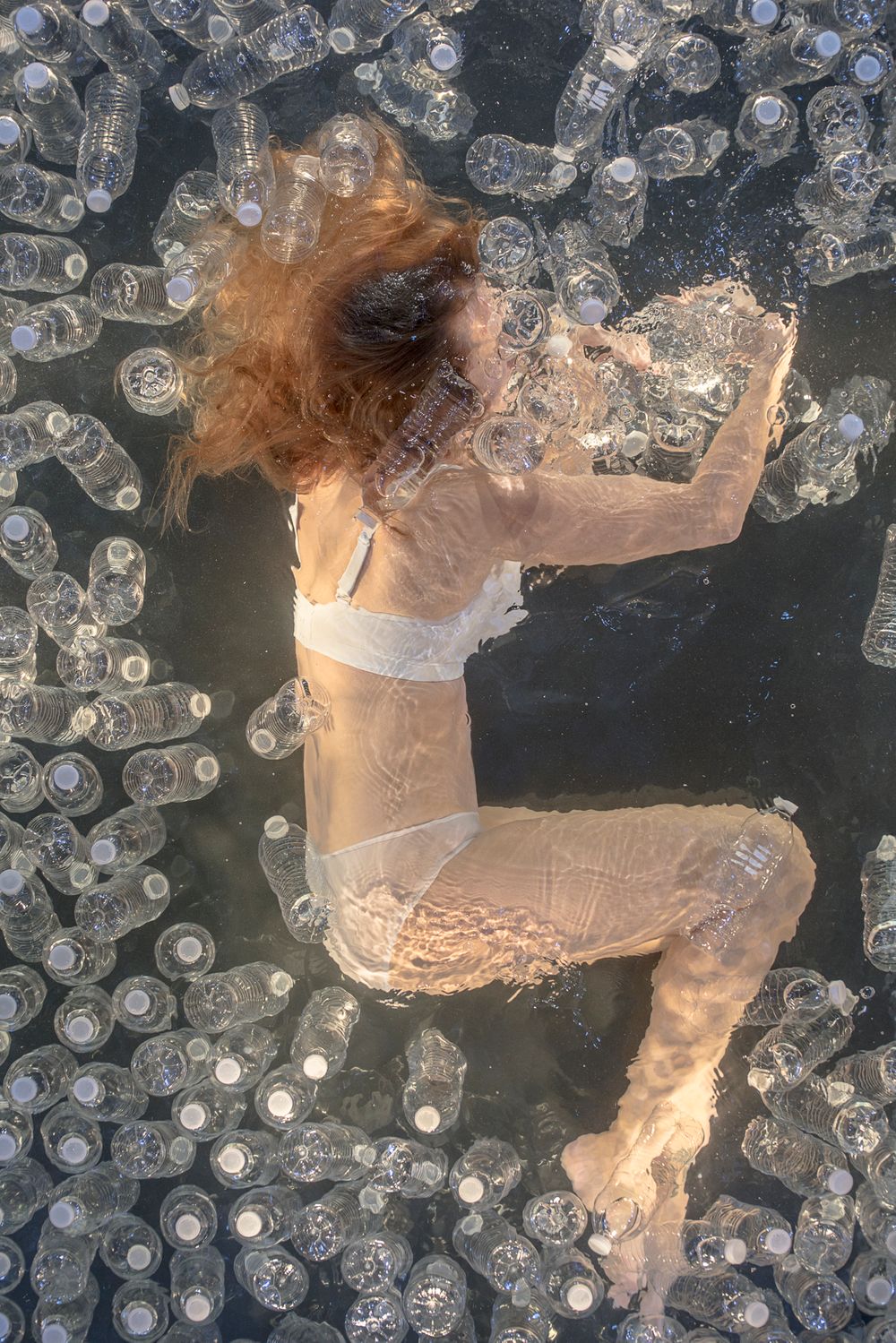 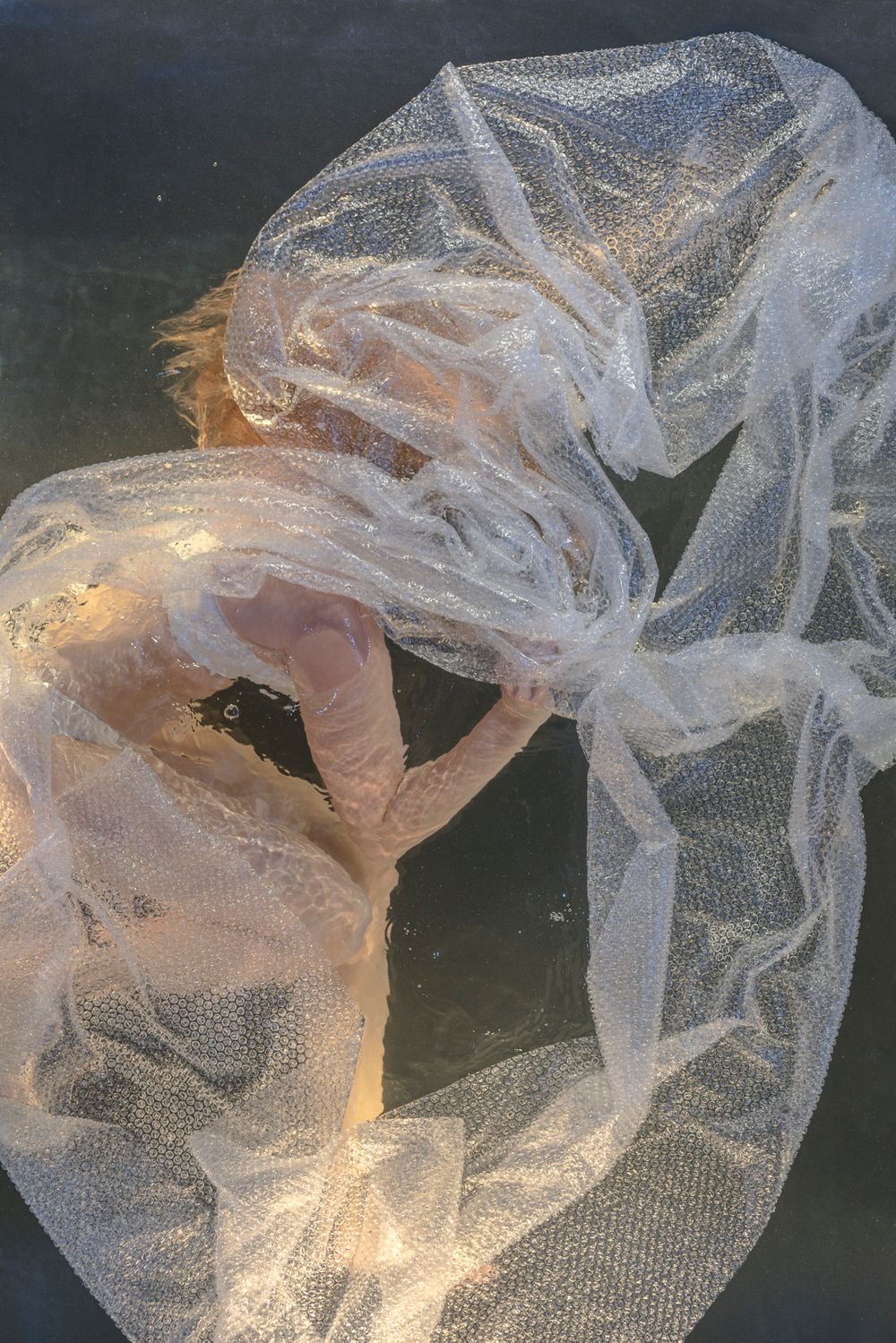 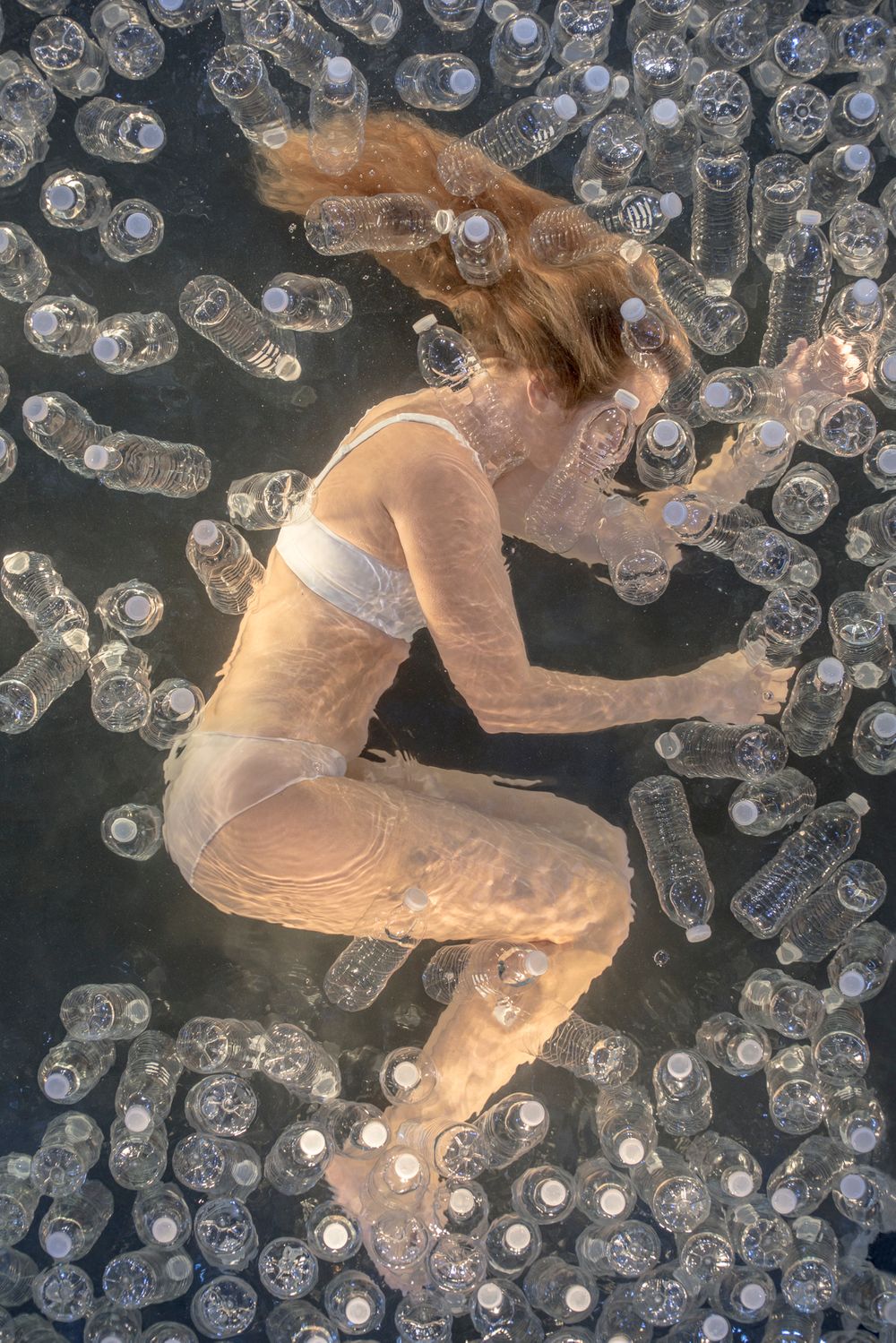 Disposable Ethic is a series of photographs accompanied by live performance and projected video by Christin Paige Minnotte intended to illuminate an irony of industrial progress, specifically with respect to plastics in the ocean - the idea that the very triumph of mankind, the ability to transcend natural limits (i.e. the creation of a new polymer to nature) and even improve upon nature, could seal its doom. There is also a fundamental sort of evolutionary irony in that the gift of creative intelligence that the human species has been endowed with, seems, in the case of plastic as a world changing innovation, at odds with humanity’s survival.

If the purpose of any adaptive mechanism is to perpetuate its survival in its environment, only humans’ ability seems to be destructive in that in many cases this capability doesn’t perpetuate either humanity’s own survival or that of life on earth. Clearly many innovations specifically pertaining to humanity’s intelligence have perpetuated our survival, but the more interesting problems are posed by those that do not. I’ve always thought of humanity’s striving to transcend, transgress even, our finite bounds, as the crux of our species’ evolutionary identity. So it is interesting that the very intelligence which allows for these innovations - plastics, space travel, quantum physics, atom splitting - can be as powerfully destructive as they are creative. Perhaps what differentiates humans from the animal kingdom is that we’re not creating to fit better into the material world but rather to escape it, master it, grow beyond it. Perhaps further, it is the motivations or ethical considerations behind the implementation of these innovations / inventions that further differentiates us or even impels the desire to transcend.

Plastics have democratized consumer goods and allowed for countless innovations; but their proliferation and the abuse of their “design ethic” of disposability is endangering our oceans, and thereby humanity. Ethics are at the heart both of the designed-to-be-discarded product and of the unethical use of these products.

It is the crux of the irony that life in the ocean, the birthplace of mankind’s life, is dying from the ingestion of plastic, mankind’s creation, that is expressed in the work. Some photographs present the figure in a fetal position, floating, dead in a sea of plastics, so that one gets a sense, formally, of a seemingly infinite sea of plastics in which we are struggling, floating, drowning, suffocating. Other photographs present the figure fighting off the plastics as a creature might do trying to free himself.

In some haunting photographs the body is akin to a specimen preserved in formaldehyde in a jar, as if some alien future were looking to her specimen for a snapshot of history, of a long-forgotten earth and mankind destroyed by the irony of industrial progress.

The performance takes place in a specially fabricated tank made of plexiglass, fitted with unpolished rusting steel and hidden LED lights, filled with water, a struggling human, and much plastic. The inclusion of the steel, which lines the rims of the top and bottom of the tank, evokes the beginnings of the industrial revolution while the plexiglass marks the modern age. All elements combined, the tank seems a beautiful, otherworldly experimental chamber through which to decipher and reflect upon the ethical implications of the issue at hand.