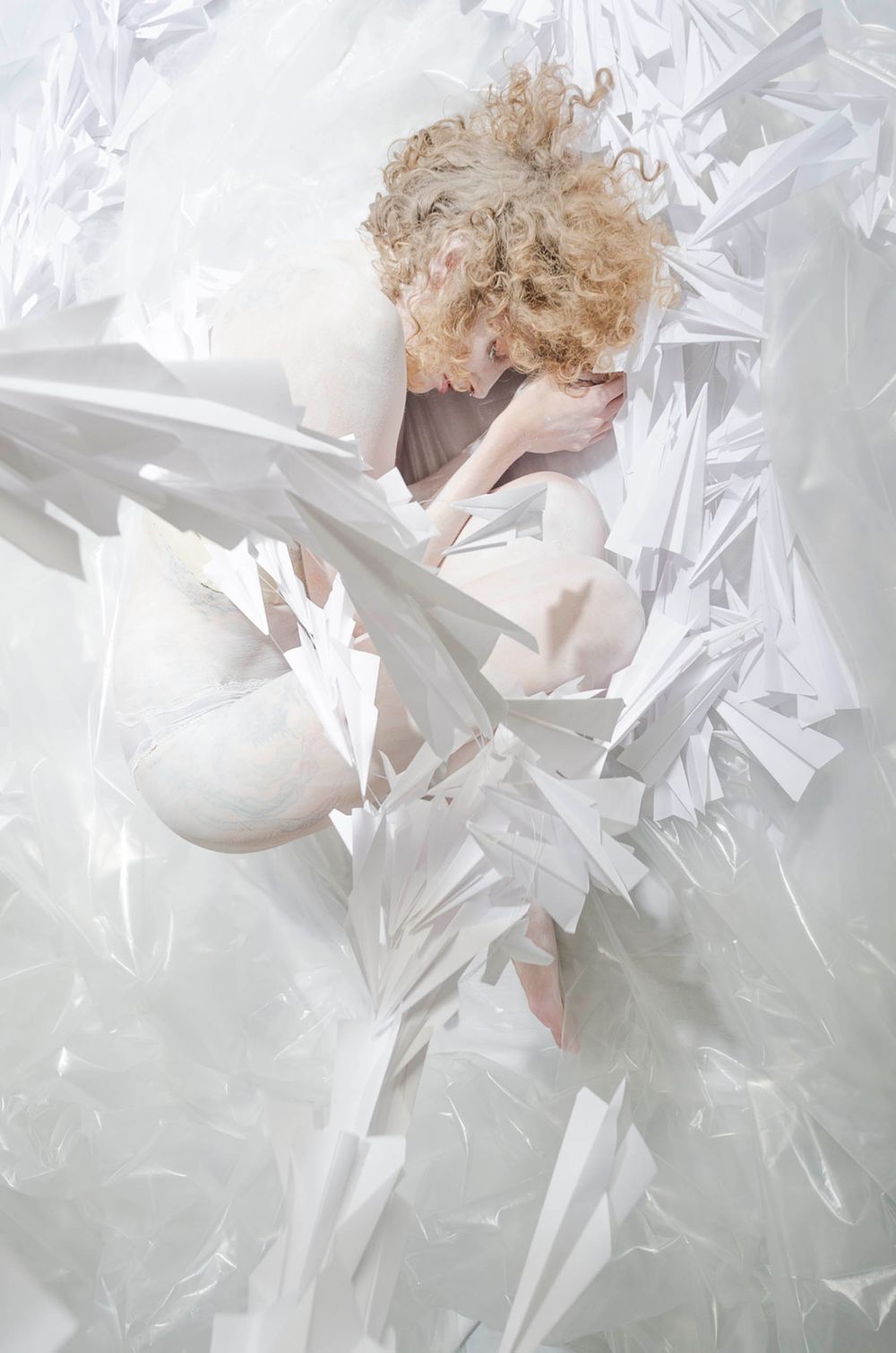 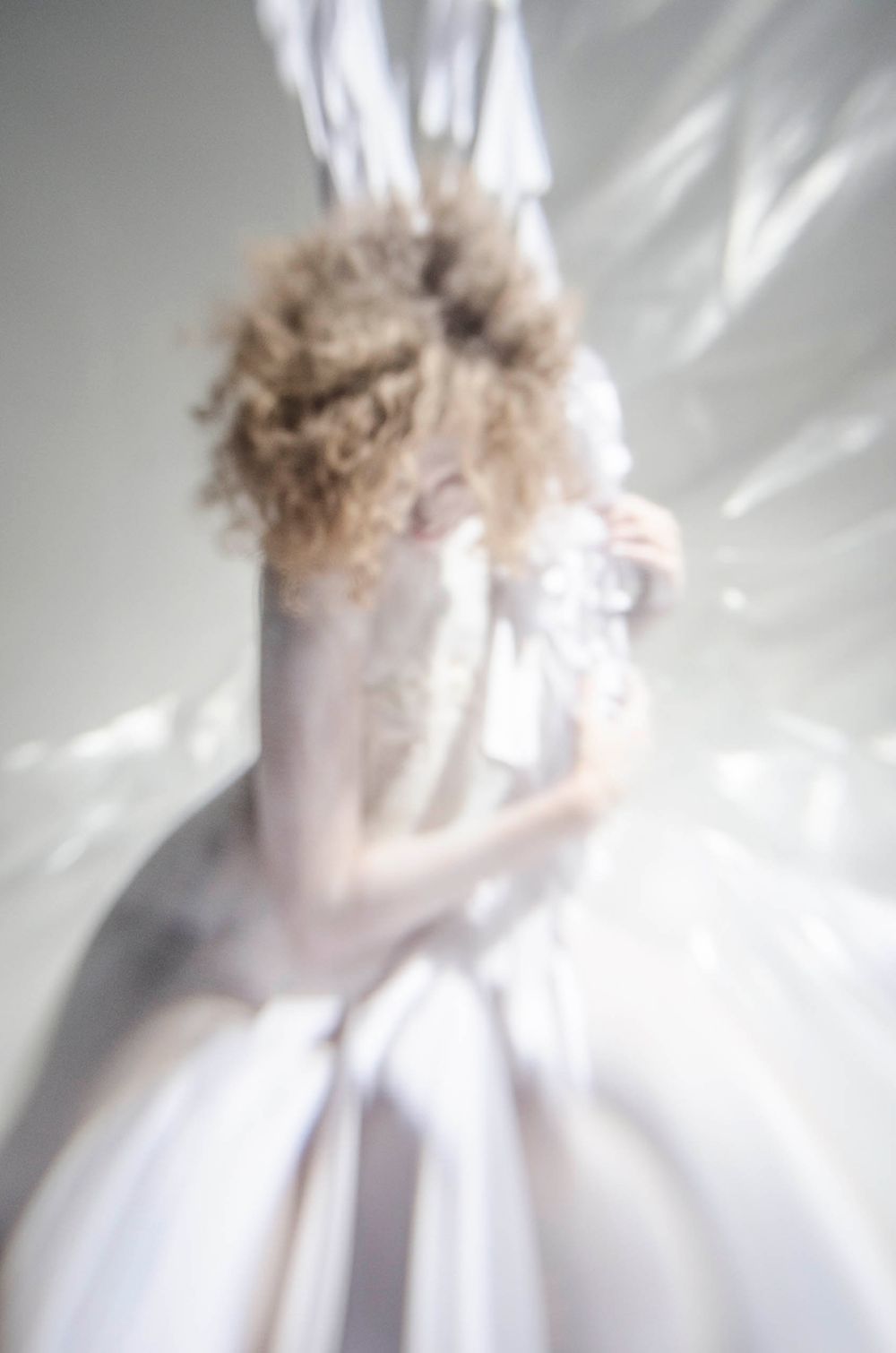 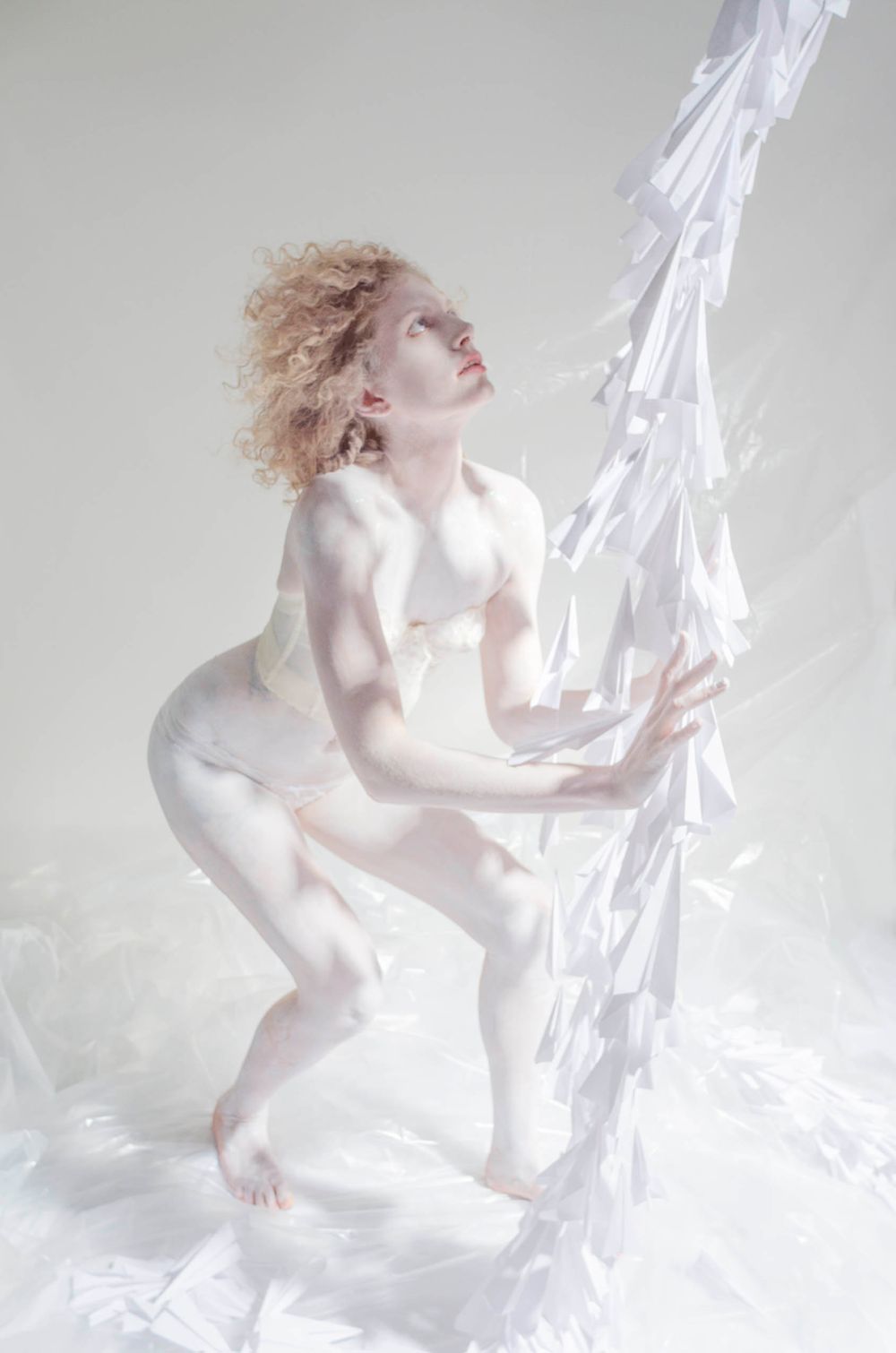 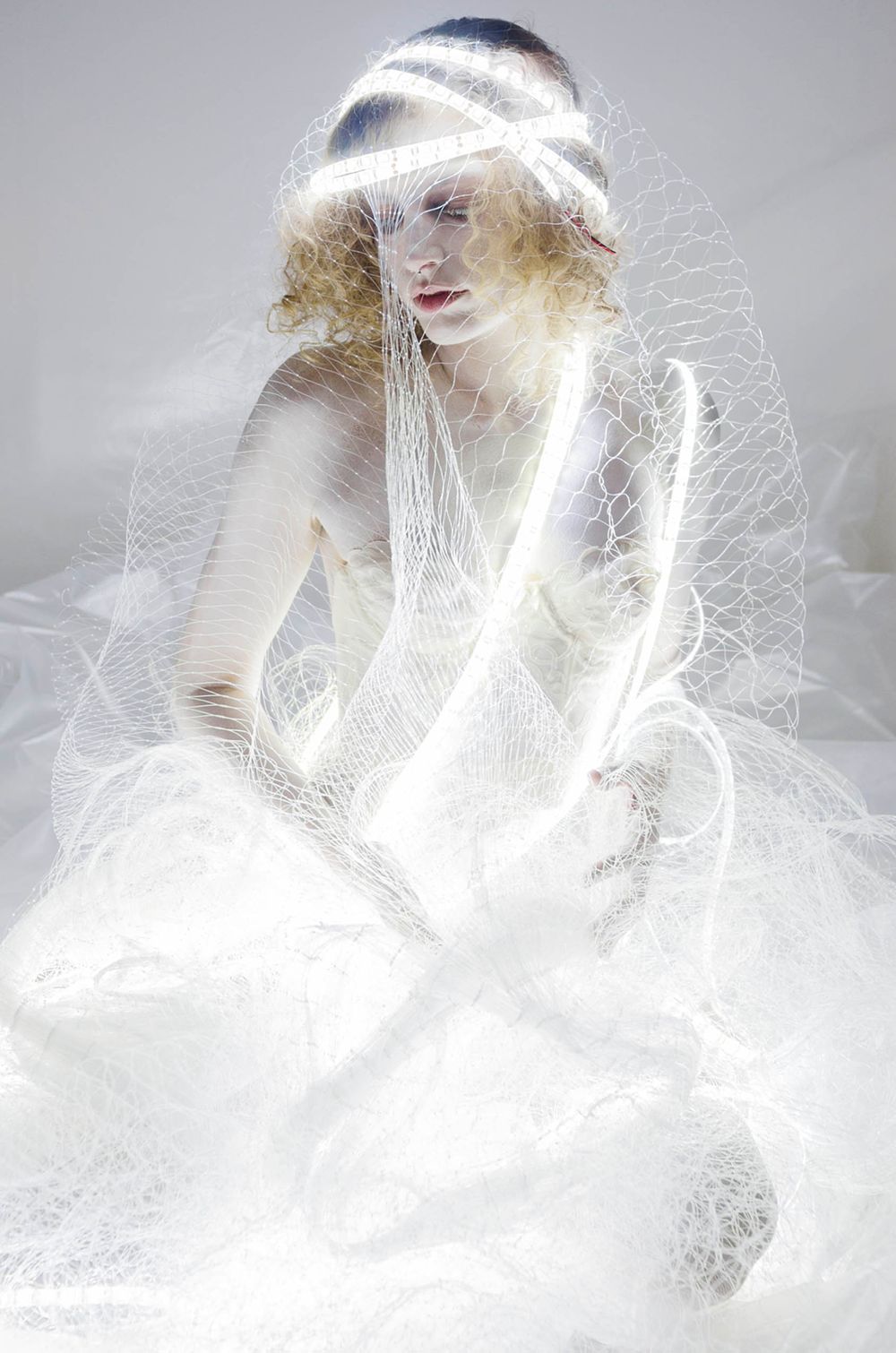 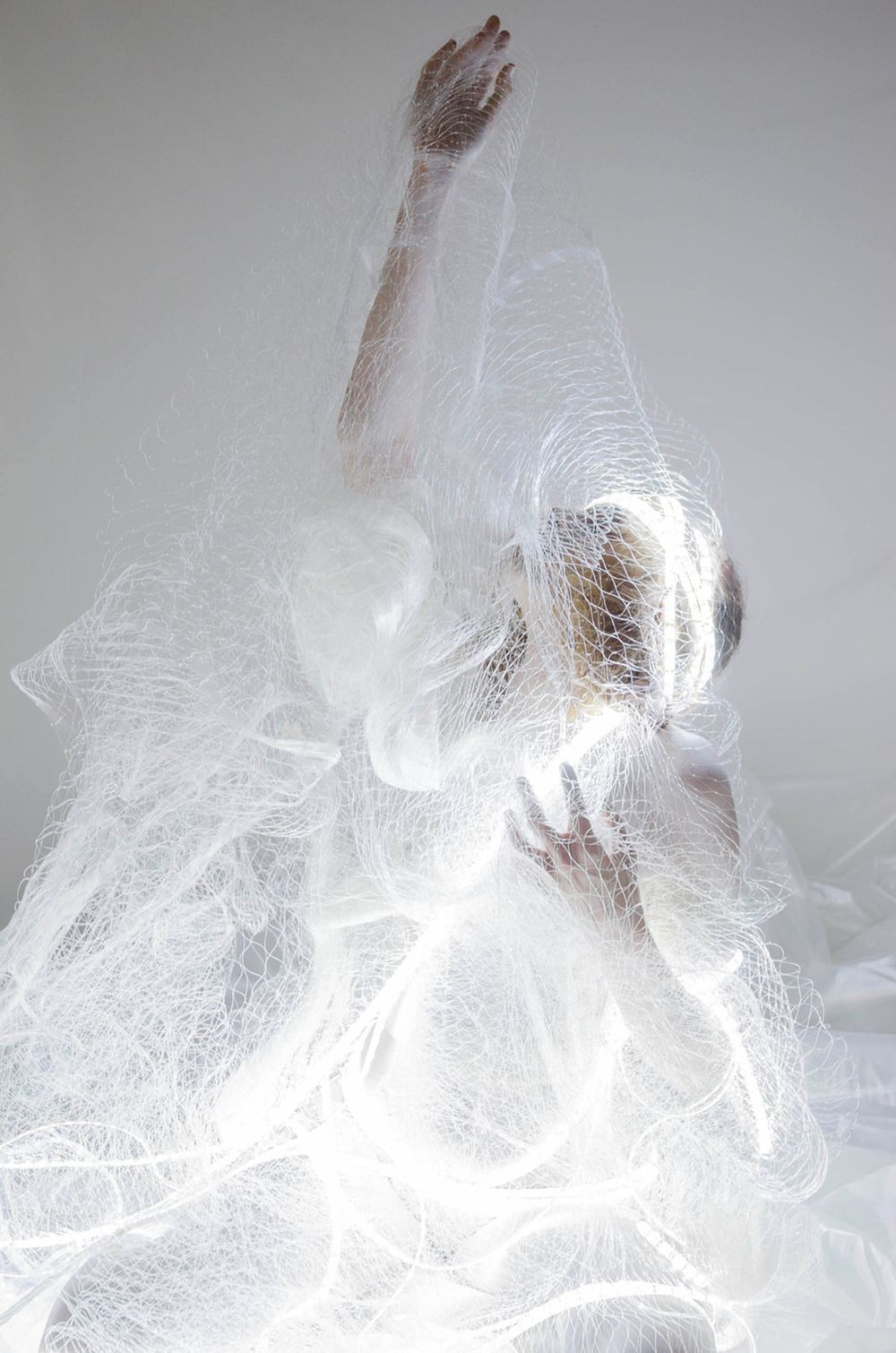 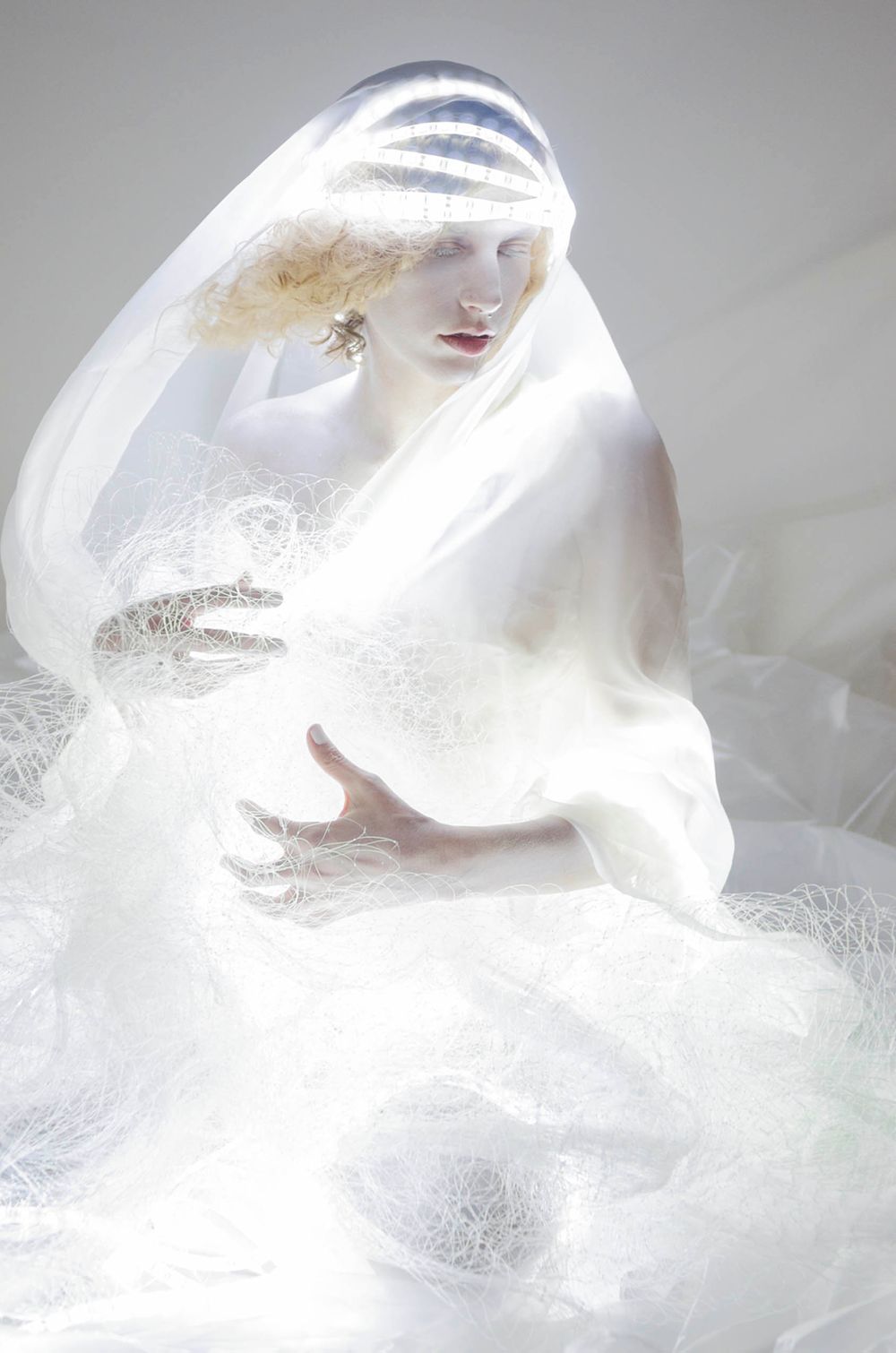 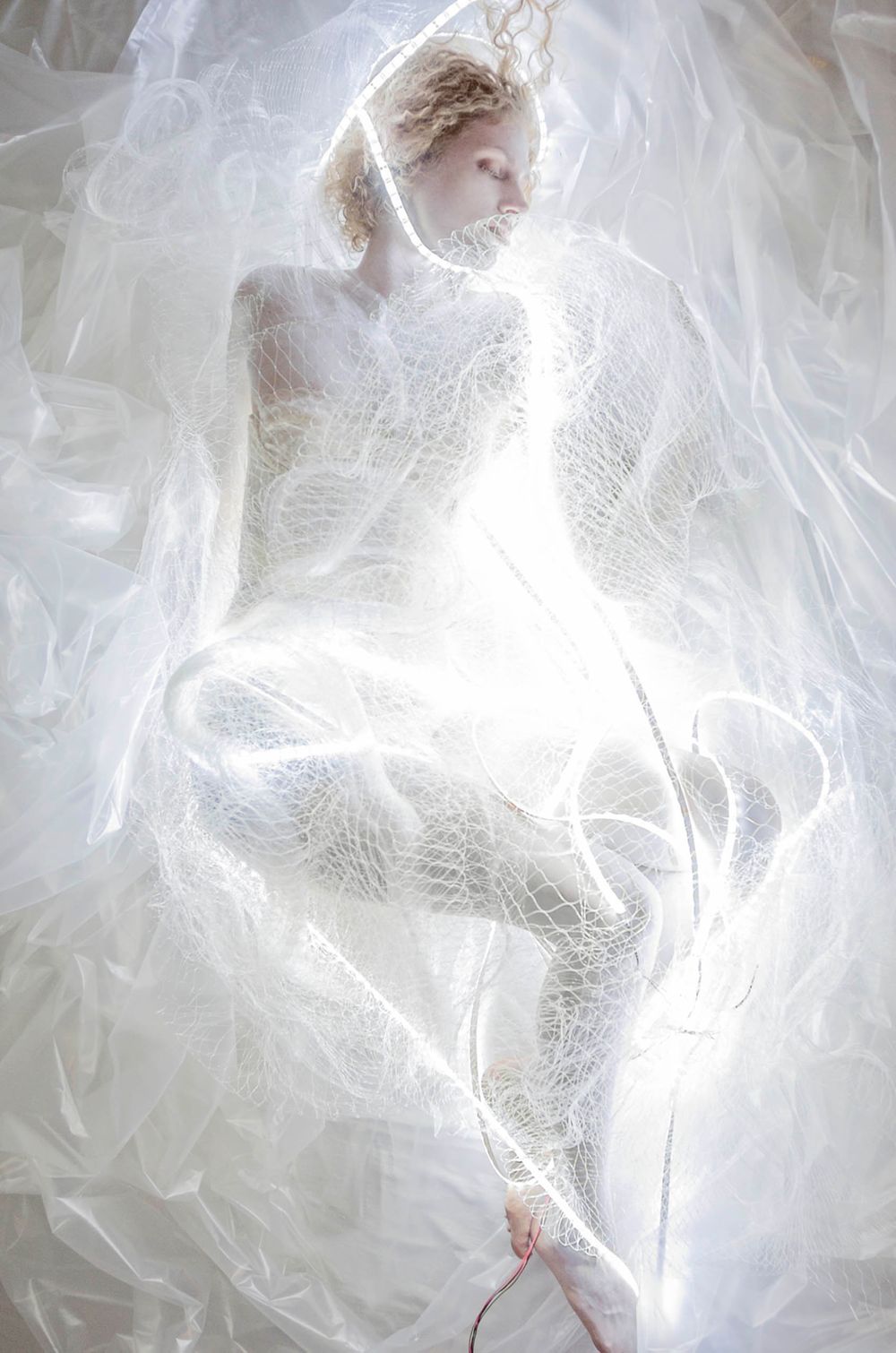 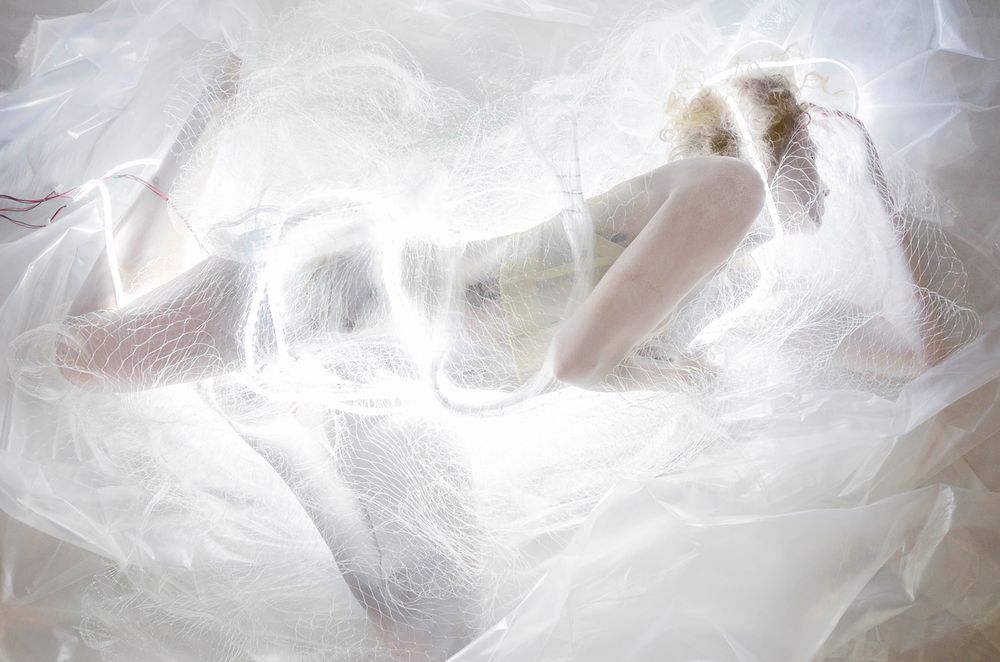 Fallen Light is a series about humanity’s both beautiful and tragic relationship to the growing complexity of its inventions. The photographs feature sculptor Lauren Shapiro. The series begins with a primitive dreaming, then tactile striving, employing Shapiro’s folded paper plane structures/sculptures as a representation of the birth of mankind’s inventions. They progress to a more ephemeral intertwining in the incredibly more complex current state of mankind’s relationship to present day inventions such as plastics. The series progresses from the realm of unknown possibilities, to the fury of creation, to rapture with what has been created, to ensnarement in the responsibilities the complex evolution of that creation requires.

The material pairing of paper, plastic sheeting, plastic netting and LED lights work progressively in the series to represent the evolution of invention from something relatively straightforward such as paper pulp — an invention still tied more harmlessly and organically to the earth — to plastics, a new polymer to nature created by man which, though revolutionary, is proving detrimental both to man and the earth, morally and literally. The LED lights metaphorically symbolize mankind’s desire to reach toward the light, or for the light, with respect to transcending his boundaries; while concurrently representing the corollary contradiction that he is yet often still too unwise to do this without harming himself, his environment, or others.

The project is ultimately about the purity of the soul’s desire to become something better and greater, the striving toward something higher than mankind’s finite limitations. This is coupled with the irony that the beauty of that gift of creation, often selfishly misused or employed, ensures a falling away from that light. White was chosen to represent light as contrast to darkness, as beauty to tragedy; yet all the photographs remain hopeful, still striving, always beautiful, therefore predominantly white.